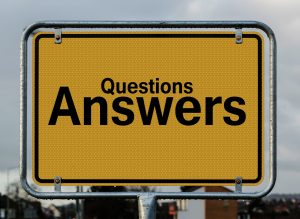 I don’t know what they’re ‘feeding them’ these days, but this tricky question was  recently thrown my way by some of our YF peeps. Since I floundered at the time (it was 9.30 on a Sunday evening!) I want to give a marginally clearer response. I’ll will warn you up front that these are deep waters. So prepare to get more than your feet wet!

THERE IS ONLY ONE GOD

Let’s start with the basic answer: no, the Trinity did not rupture at the cross. While the Bible makes astonishing claims about Calvary, it never goes so far as to state that there was a fundamental breach within the Trinity. If we think about it – metaphysically and logically – it is impossible for the Father and Son to be divided in their ‘being’. There is only one God, which means you cannot split the Godhead apart, any more than you could divide up your body and still have one unified entity. A fundamental breach of the eternal union between Father and Son would mean the discombobulation of the universe!

Another way we might err is in imagining that the Father and Son are at war on the cross. Yet the cross is not – if I might use a pop-culture reference – “The Trinity: Civil War.”  Scripture is clear that to redeem a lost world, the Father and Son were united in loving purpose  (Luke 22:42, John 5:19, John 10:18, John 17:20-23). To quote the erudite John Calvin: “There is no suspicion anywhere in the New Testament of discord between the Father and the Son, whether by the Son wresting forgiveness from the Father or by the Father demanding a sacrifice from unwilling Son…On the contrary, their wills coincided in the perfect self-sacrifice of love.” ¹

THE WRATH WAS REAL

Notwithstanding all the above, we affirm that Jesus did however experience a genuine sense of God-forsakenness. The word experience here is important, for some will argue that the unbreakable eternal union between Father and Son excludes the idea that Jesus experienced God-forsakeness. But to the contrary, the sheer strength of biblical language suggests a true degree of anguish. To be “smitten by God” (Is 53:4), to be “crushed” (Is 53:11), to “become a curse for us” (Gal 3:13) and “made sin” (2 Cor 5:21), all imply an experience of anguish and horror that is not just a legal fiction. Furthermore, Jesus’ reaction when he contemplated drinking the cup of wrath  (Mat 26:36-46) should tell us all we need to know about the genuineness of his anguish.

A final thing that will help us is if we can gain a better understanding of Christ’s person and role. Thoughtful bible-readers have long spoken of Christ as being one person, having two distinct natures (divine and human).² These natures cannot be divided, but they can be distinguished. Applied to the cross, we could argue that the forsakeness pertains primarily to the human nature of Christ. Of course, Christ’s divinity and humanity cannot be divided – so it would not necessarily be wrong to say that “God [in Jesus] was forsaken on the cross.” However, the point I’m making is that Jesus is being forsaken as he suffers in our place as a human representative. God for sakes Christ Jesus, the man who represents us as the mediator between God and sinners.³ This is not to say that Christ’s divinity wasn’t crucial for redemption’s accomplishment; only that Christ’s rejection by God was due to him adopting our human nature.

IN MY PLACE CONDEMNED HE STOOD

So in summary, the eternal Trinity did not rupture on the cross. That would be metaphysically impossible and theologically incoherent.  At the same time the forsakenness Jesus experienced on the cross was real. God the Son took on human flesh, and for a hellish moment in history, the Father turned his face away from the sinner’s representative.

² ” So that two whole, perfect, and distinct natures, the Godhead and the manhood, were inseparably joined together in one person, without conversion, composition, or confusion. Which person is very God, and very man, yet one Christ, the only Mediator between God and man.” (Westminster Confession, Ch 8.2)

³ Notice that Psalm 22 is not cast in the form “My Father, my Father, why have you forsaken me”, but “My God, my God”, since it is Jesus in his position as human representative who is experiencing the God-forsakeness. Similarly in Isaiah 53 there is an emphasis on the humanity of the servant (Is 53:2-4).